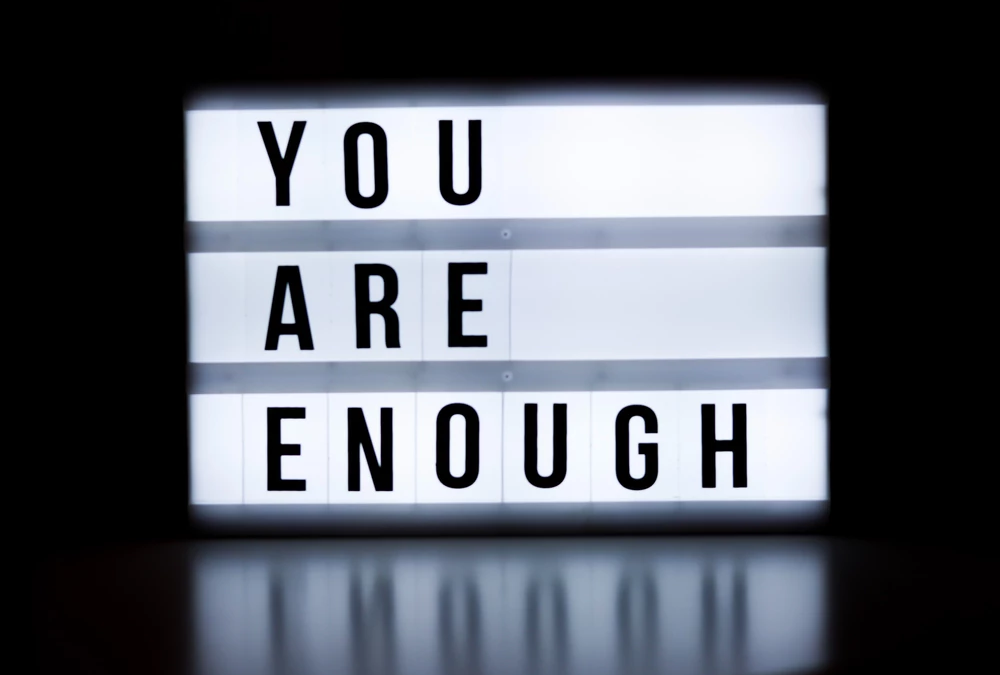 In a world where our aspirations are shaped by an emphasis on outer achievements, we often live our lives with an underlying belief that we aren’t enough. We keep trying, determined if we try just a little harder, work a little smarter, we’ll finally achieve the recognition we want as we chase after the carrot being dangled before us as an enticement. Until we finally give up on trying and allow the shadow beliefs to sink us into acceptance of a life of unfulfilled possibilities.

That’s what this blog is about and I credit its source as a reading of Mark Nepo’s daily message in The Book of Awakening and a subsequent message I received while in the middle of my time in The Silence of a recent 7:00 am Daily Word Zoom gathering.

I don’t know about you but I spent the majority of my life chasing after one carrot or another. In my early days of childhood, it was the carrot of belonging. Finding myself being taken in by a series of households and institutions during my first four years of life, I just wanted to belong somewhere, to know I had a permanent home and that I was loved. By the time I was adopted into the family that assured me I was a permanent part of it, I was old enough to have concluded otherwise; I didn’t belong, no matter what they said. I did, however, become very skilled at learning to please others and I also learned how to put on a happy face. And I learned how to push down any negative feelings that surfaced, along with the negative beliefs that triggered those feelings.

Later in my life, the carrot changed. As I became driven to succeed, I chased after recognition where the carrot became something different. In the few short years in the military service, it was the possibility of achieving a higher rank. Then, as I gained a foothold in the corporate world, it became advancement up the ladder from clerical to a position more highly regarded by others, eventually into management. And then there was the carrot of further acceptance, socially, that accompanied getting married and raising a family. All driven by the expectations of the world around me.

Can you relate to any of this at any level? If so, then you can likely also identify with the discoveries I’ve made over these more recent years of my spiritual journey, into a realization of so much for which to be thankful. And I owe this, in large part, to my capacity for self-acceptance. I AM enough! And so are you!

In the passage I read from Nepo’s The Book of Awakening, he speaks of needing to be who he is and not allowing his voice to be muted just because others are uncomfortable with or don’t wish to hear it. And that resonated for me because, on occasion, doubt creeps in, in moments when I am experiencing stress. Old shadow voices whisper at the back of my mind and I find myself withdrawing, questioning myself and what I am doing.

Mark Nepo’s message reminded me that I need to accept all of who I am, including those aspects that may still need some attending to, some more and deeper inner work, but doing that with the guidance of that still, small voice, trusting I am right where I need to be, moving along in the flow of Spirit’s divine guidance and enjoying the moment I am living. Knowing this, I let my Light shine!

May this be so for you as well! Namaste’