Who Are Your Unsung Heroes? 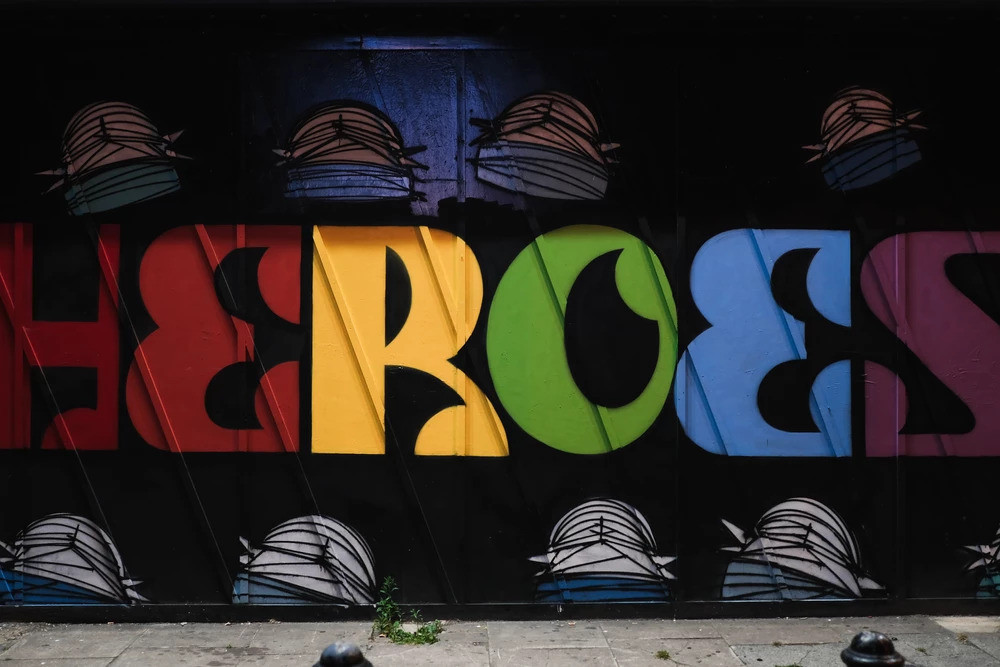 That question came to me this morning while being transported into a particularly poignant scene in a James Patterson novel I was reading during some leisure time. It was a scene taking place in New York City and it brought to life old memories of my own—memories from when I lived there many years ago.

A viewing was taking place in a large Catholic church and a long line of mourners had shown up to pay their respects for a policeman who had jumped into the line of fire, giving up his life to save his friend and police comrade during a shootout. And the question popped into my head as I sat on my lanai with tears streaming down my face: Where are the unsung heroes here in The Villages? And why don’t we have the opportunity to recognize them and express our gratitude for their heroism? Or do we and I’m just not aware of them?

Yes, we have “life celebrations” and funerals that mark the passing of people, but those are most often only made known to those closest to them…family, friends, and perhaps neighbors and those within our church community. I understand that the loss of a family member is a private thing, not something we necessarily want to share with too many people. But then the thought came across my mind, “Aren’t most of us touched when we hear of “unsung heroes” in our midst?

As I considered the people I know, the list of unsung heroes began to grow. I thought about a lady I know from South Florida, someone who has been living through a long series of bouts with cancer over more than fifteen years, at times being given only months to live as the cancer spread into other organs, even into her brain. Yet she quietly persevered, strong in her faith, taking every step she knew about to restore her body to wholeness. She has been selfless through it all, spending part of that time writing a book about her experiences with cancer while she also established a group to support others going through the same challenge. Yes, she’s an unsung hero in my eyes!

And then there’s another friend of ours, here in The Villages, who quietly has been caring for a family member who has needed her support. What has she done? Forego her own desires to move out of The Villages and, instead, help her family member purchase a small villa, located close by her own so she can drop in and provide more care when needed, even when she herself deals with a drop in income during this COVID19 pandemic and has to watch her pennies. This is an act of selflessness. Another unsung hero.

There’s another person we know who has been spending nearly her entire adult life quietly helping others, spreading the word to those in the medical field about the natural “medicines” available, the supplements that have scientific data to prove their effectiveness. And she spends thousands of dollars of her own money in this life-long calling to serve others and spread the word, all without fanfare. Yes, she too is an unsung hero!

I think about a man I know, married to a niece of mine, who, like others, has been battling cancer for a number of years, all the while, remaining hopeful and faith-filled as he manages to keep working, providing for his wife and child, and sponsor marathons and drives to collect funds for cancer patients. Thousands of dollars and hundreds and hundreds of miles he has run to collect those donated dollars. He’s an inspiration and, at this moment, doctors are offering him much reason to remain hopeful as he continues to live his life to the fullest. I am almost certain he will one day, years from now, God-willing, be publicly recognized as an “unsung hero” in the town where he and his family live. But they
are private when it comes to such things and will likely be humbled by any major recognition.

And what about the nurse technician Paula and I know? She works a night shift in the lab of a hospital out West doing urine and an occasional COVID19 blood workups. While she doesn’t routinely handle COVID-related tests, she is a vital part of the work carried out in the lab and works in a time where hospitals are short-staffed and demanding of the staff they do have, so she works in a very stressful environment. I’d call her an unsung hero.

When I shared with my wife this idea about unsung heroes, the category began to enlarge as we ticked off all the many unsung heroes we see and know about: the thousands of Villagers who donate their time and talents heading up food drives for the needy, preparing meals and delivering them to those in need or to those who can’t get out to shop for themselves, making toys for the needy children in neighboring communities, and bringing meals and treats to our local fire and police stations or preparing care packages for our servicemen. Those who offer their time and hearts to sit with individuals under hospice care or are confined to rooms in Alzheimer’s facilities. These are but a few of those who deserve to be called unsung heroes.

And who are the unsung heroes you know about? Have you let them know that’s what they are for you? Would you like them to be recognized in a larger way? I’d be honored should you decide to let me support you in telling their story, the reasons why you see them as an unsung hero, allowing me to write the story and feature it in subsequent blogs. They can remain nameless if you choose or not. Of course, you should seek permission to name any of your heroes and have them known by name. I would simply serve as the pen to bring the stories of such unsung heroes out into the open.

And why? So as to touch more hearts, for when that happens to us, we are, in those moments, transformed. Our spirits are elevated as we are moved into a space where we’re uplifted and can experience a heart connection with others, and that is a calming, peaceful place to be!

Even if you don’t wish to share those unsung heroes in your life with others, I do hope this blog will move you to think a while about those individuals and to quietly bless them and say a prayer of gratitude for them.