Unveiling YOU by Clearing the Debris of Life 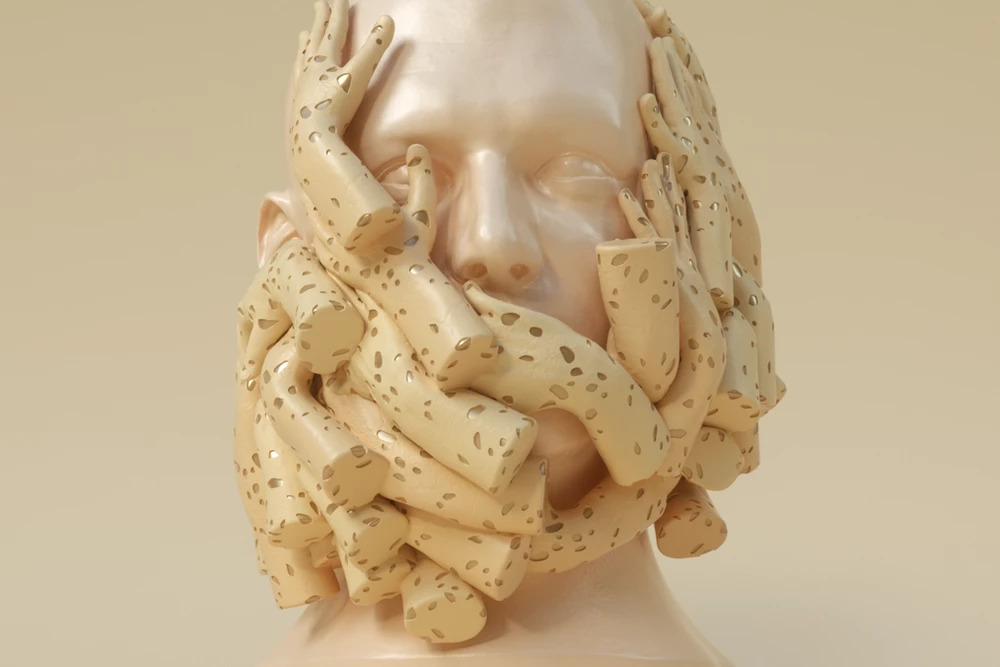 The topic for this blog came out of something Mark Nepo wrote about on page 212 of “The BOOK of AWAKENING.” He spoke about how Michelangelo would say, when he was working on a large piece of sculpture, that ”his job was to carve away the excess, freeing the thing of beauty just waiting to be released” and how Mark, himself, thinks of spiritual discernment in the same way, that our job is to carve away what we are not to reveal who we truly are, who we have come here to be. And that awakened within me an image that all of a sudden made the process so clear to me. And now I hope to find the words that paint a clear picture for you to also see. That’s what this blog is about.

Just for a moment, close your eyes and clear your mind of all thoughts and images that might be floating (or racing) across it. Once you’ve created a large, blank, white screen, use your imagination to visualize a large and solid-looking image of yourself. It can look however you want to see yourself. Maybe it’s an image of how you’d like to have others see you but, looking at it very honestly, you may be saying to yourself, “Yeah but that’s not how I really am!” as you allow yourself to see aspects you really don’t like and maybe feel pretty sure others don’t either.

Take a deep breath and remind yourself this is just something you’re imagining; you’re safe and you’re loved, just the way you are. Okay, now imagine yourself being able to grab onto whatever aspect you don’t like, that you’d like to release so you don’t need to carry it around anymore. Give it a name and then, with an open heart, declare it gone! See it gone.

Now, do you see yet other aspects you’d like to release, to clear away so you can begin to see the beauty and wonder of who you truly are? Go at it! Pick up a chisel and hammer and take a crack at whatever is still preventing you from seeing and experiencing the treasure below the surface! Perhaps you don’t need to use such a tool. Maybe you have picked up some more spiritual tools that work better for you, like denials and affirmations. Or maybe you’ve even discovered the power of doing some forgiveness work! Forgiving yourself. Forgiving others as you begin to claim the powers you have access to as a child of God.

Stay in this moment of imagination long enough to see an image revealed that looks very little like what appeared to you when you began this exercise a couple of minutes ago. I hope a smile is creeping across your face, that you like what you’re seeing!. Maybe you’ve even found yourself choking up a bit, still finding what you see hard to accept because it looks so much like how you’d like to be in your heart of hearts.

Well, get used to it because that’s the real you without all that old armor of false beliefs about yourself. And if you can claim that new you in some future moments, perhaps you’ll be willing to imagine the images of other people that have seemed to be challenges for you. Maybe you’ll be able to more easily remove those shadow thoughts and beliefs you hold about them and see them in a new Light, as you become more comfortable accessing and using all the other spiritual faculties that are within you.

Perhaps the most important point I could make in this blog is this: We don’t have to make spiritual transformation a major undertaking. We don’t have to create anything new because “it” is already there—WE are there, the one we have each come here to be, lying just beneath the surface of our awareness. All we need be willing to do is become still by centering ourselves in our heart space, and release the layers of our past life, which show up as our old beliefs and fears, “allowing the imprisoned splendor to be revealed!” *

I admit that it takes time and continued, consistent practice…a daily commitment to spending ten to fifteen minutes of time at the start of each day in prayer and meditation, of sitting in the Silence and simply listening to that inner voice for God’s guidance. And that may seem like a difficult commitment to make, but it is a simple process, one that when followed opens up your life to one of unlimited possibilities fulfilled!

*A quote from a Robert Browning poem